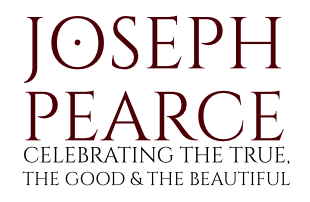 Reliving the Death of Henry VIII

Reliving the Death of Henry VIII

A quick word about the English Martyr, Nicholas Horner, whose feast day we celebrate on the day I’m writing (September 4). He was hanged, drawn and quartered in 1590, during the reign of Bloody Bess, for the heinous crime of harbouring a priest and for refusing to conform to the state religion. He was beatified by St. John Paul II in 1987.

On Wednesday I worked a 16-hour day from 5am until 9pm, barely stopping even to eat. Every day has been similarly busy, to such an extent that I have not managed to get to the gym once, though I’m hopeful of finding time for a workout this morning (God willing).

So what has kept me so busy?

Here are a few highlights.

On Monday we had George Weigel as out guest on the FORMED Book Club. I record these every Monday, with Father Fessio and Vivian Dudro of Ignatius Press, and they are aired on Thursdays. We were discussing Mr. Weigel’s new book, The Next Pope.

On Monday evening I attended a training session for a new online institution, the Albertus Magnus Institute, for which I will be teaching a ten-week course on Shakespeare, commencing on September 14.

I’m trying to keep Tuesdays and Wednesdays sacrosanct for the writing of the book, tentatively titled “Faith of Our Fathers: A History of True England”. I finished chapter ten on Tuesday. It’s titled “Pillage and Pilgrimage” and covers the dissolution of the monasteries, the destruction of the shrines and the people’s uprising in defence of the Church known as the Pilgrimage of Grace. On Wednesday I commenced the writing of chapter eleven, “A Protestant Puppet”, which will cover the reign of Edward VI. The best news this week, in terms of the world in which I’m writing, was the death of Henry VIII, which couldn’t come soon enough!

On Tuesday and Wednesday afternoons, I had to lay aside the writing to record my introduction to twelve of Shakespeare’s plays for the world’s first-ever Radio Shakespeare Festival which is being aired over two days this holiday weekend by the Crusade Channel. Details can be found in the blog section of this website.

Also on Wednesday, I taught the second of seventeen classes for Memoria College for a Masters-level course on Imaginative Literature. We concluded our discussion of The Iliad.

Thursday is the day I’m setting aside for writing my weekly essay for the Imaginative Conservative. Having gone to hell, purgatory and heaven with C. S. Lewis in my previous two essays, I’ve gone this week to purgatory with Tolkien, via his short story, “Leaf by Niggle”.

Interwoven within the fabric of the working week are my ongoing responsibilities as Director of Book Publishing at the Augustine Institute. We have a new book, Being Catholic: What Every Catholic Should Know, arriving in the warehouse today.

And, of course, there are the regular podcasts that I record each week for the Inner Sanctum. I did these yesterday afternoon and evening. I read and discuss three poems by William Blake in “The Poem of the Week”; I continue my reading and discussion of Belloc’s The Path to Rome, following in his footsteps, or rather accompanying him, as he approaches the source of the Moselle river in the mountains of eastern France. And in this week’s “Home is Where the Hearth is Podcast” I turn to the current political situation in a discussion of the real role of Antifa as de facto defenders of globalist plutocracy.

On the wildlife front, I had an eye-to-eye encounter with our local owl one evening this week, while I was allowing our elderly rooster to have his evening stroll after the other roosters were safely locked up for the night. The owl was perched about thirty yards away. I heard its call first and then followed the sound until I discovered it in its perch about thirty feet from the ground. We stood staring at each other. I was hoping to see it fly away. They are so silently majestic in flight. It was, however, not about to move. Momentarily distracted by our son Leo who was on the swing set beside the house, I looked back to see the empty perch bereft of its occupant. It was as though the owl had been in a Mexican stand-off with me, staring me down. After I looked away, it flew away with the spoils of victory.

I’ve also had a couple of great views of the red-tailed hawk from my grandstand view at the office window. I have a standing desk positioned so that I can keep an eye on the chickens and ducks from my vantage point while working. We have saved more than one of our birds from becoming a fox’s dinner due to my standing sentinel. In any event, and to return to the hawk, I saw it glide down, right in front of me, presumably onto its prey. Its landing point was behind a line of trees so I couldn’t see the outcome. And then, yesterday, I saw it flying into the woods in an upward trajectory, having presumably swept on its intended prey. I couldn’t see whether it had anything in its talons.

No sighting of the black snakes, nor of any water snakes in the pond, though there are plenty of frogs in residence. Susannah did almost stumble on a garter snake yesterday evening as she went to lock the chicken and duck pen.

I’m not sure whether I mentioned my tubing down the Saluda river with Evangeline and some friends last Saturday, which was great fun.

Today, after lunch, we’re heading to the mountains for the holiday weekend. We’ve rented a cabin with our friends, the Kureks, whom I’ve mentioned before in the Ladydale Diary. Michael Kurek is a celebrated composer of classical music and Crystal, his wife, is a wonderful soprano who performs regularly in musical theatre. It should be a great weekend. I’m looking forward to the rest!